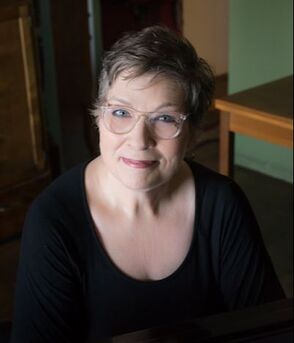 Laura began piano lessons at age six after being repeatedly pulled from the piano bench at her father’s church. Later she led youth and children’s ensembles, wrote music for choirs and conducted her first orchestra. Laura was the first female to do this not only in that church but in many theatre companies around the globe. She is regularly involved as a worship leader, singer and choral conductor in churches and conferences as well as her home church of Metro Baptist Church in New York City.

Classically trained as a singer, Laura performed leading roles in opera and musical theatre before focusing her full-time energies as a member of creative teams.  As an educator, she taught music and theatre at NYU Playwright’s Horizons, Friends University and Trinity Academy; Audition Workshops and Masterclasses in universities around the country, and coaching countless professional and aspiring theatre and classical singers, actors and dancers from New York City and around the world. She helmed National and International Tours of THE KING AND I, TITANIC, and MISS SAIGON among others.
As an ASCAP Awards recipient for composition, her personal catalogue includes more than 60 works in print and several recordings. Laura is the Composer/Arranger of the musical, NOT ANOTHER CHRISTMAS LETTER! The Musical (Book, Lyrics & Additional Music by Paul Cozby) which has been performed around the US and is licensed by Miracle or 2.

In New York, Laura has been the Music Director and Arranger for numerous readings, workshops and galas including Broadway Backwards, NAMT, New York Stage and Film, New York Musical Theatre Festival, Midtown International Theatre Festival; and performed at Joe’s Pub, 54 Below, Avery Fisher Hall, Symphony Space, and Merkin Hall. Laura has also performed with NY Cabaret performer, Steve Ross, and maintains a large coaching studio. She is regularly called on as a musical director and arranger for concerts, auditions, workshops, industrials and showcases. Laura lives in New York City with her amazing husband, Joe. She is an avid reader, beach lover, volunteer, and a Spiritual Director. Laura is a proud member of AFM Local 802, ASCAP, MAESTRA, and Metro Baptist Church. 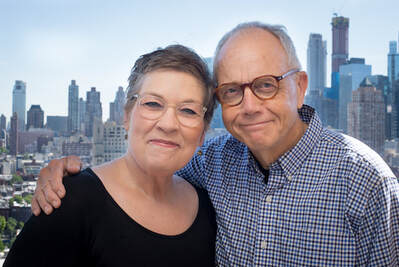